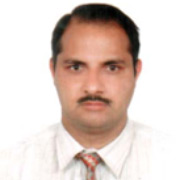 Currently, Dr. Pahari is working as the Full Professor in the Central Department of Mathematics since 2015 and leading the research group of functional Analysis in particular in Sequence Space, Function Space, Summability Theory and Fuzzy Theory. He has been supervising a number of PhD, MPhil and Master's degree students. He was the Head of the department of the Central Department of Mathematics, Tribhuvan University in 2017. Currently, he has assumed the responsibility as the Director of School of Mathematical Sciences (SMS), Institute of Science and Technology, Tribhuvan University.

Professor Pahari has been intellectually affiliated in many national and international academic as well as professional organizations. He is also serving as a member of different research and subject committees of Tribhuvan University. He was elected as the Vice President of executive committee of Nepal Mathematical Society from 2015 to 2018 and was a Executive Member of Nepal Mathematical Society from 2009 to 2012.  He has authored / coauthored / edited a number of Text books, Reference books and Research book primarily focuses to Real Analysis, Mathematical Analysis and Calculus for undergraduate and graduate level. He has published a number of research papers, survey papers and general articles in the prominent national and international journals related to Functional Analysis and in particular Sequence spaces, Function spaces, Orlicz spaces and Double sequences.

Professor Pahari has participated / chaired / attended and organized number of international and national conferences/ seminars and workshops and has been served as a member/chairman of Local Organizing Committees, Organizing Committees, and Scientific Committees. He has been the Executive Editor, Editorial Member and Reviewer of many national and international scientific journals. He has more than 27 years of teaching experiences in the graduate and undergraduate level and five years experiences in the MPhil program. Currently, he been teaching Functional Analysis, Topology and Measure Theory & Integration in Master’s program and Topological Vector Space in Mphil Program. Prof. Pahari has been rendered his service as an expert in designing the mathematics syllabi of undergraduate level, graduate level, MPhil and PhD program of the Tribhuvan University.